He built a cabin and a winter store, and he ploughed up the ground by the cold lake shore...

"Its amazing what you can do with an 'E' in A-Level art, a twisted imagination and a chainsaw"
- Damien Hirst


So you see I've always wanted a chainsaw.

Ok before you start edging slowly towards the door, I don't mean in a 'Texas Chainsaw Massacre' kind of way. That film BTW gives chainsaws a (VERY) bad name - one which IMHO is completely undeserved.

More people are damaged by hammers and baseball bats every day than by chainsaws, it's just that chainsaw damage is pretty, well, non-trivial. I mean you slip with a hammer, you get a bruised thumb. You slip with a chainsaw and you lose half an arm. So OK, you do have to be careful, but that aside, chainsaws are not inherently evil or dangerous - they're just a tool, like an axe, or a scythe, but with MORE POWER!!!

Anyway apart from the obvious and practical benefit as an aid to post-apocalyptic zombie defence, the other primary use of a chainsaw is to cut up logs, and, having quite a few logs in our garden (following some tree work we've had done recently), I finally decided a chainsaw was a justifiable purchase. I did settle for an electric one, which kind of ruins it as a post apocalyptic anti zombie defence tool, (unless the apocalypse leaves the mains electrical network intact), but having torn every stomach muscle I ever had trying to start my petrol driven strimmer, I thought "bugger that for a game of soldiers, electric will do just fine". It also helps that we have power at the top of the garden, so I don't need to run out half a mile of cable just to use it. 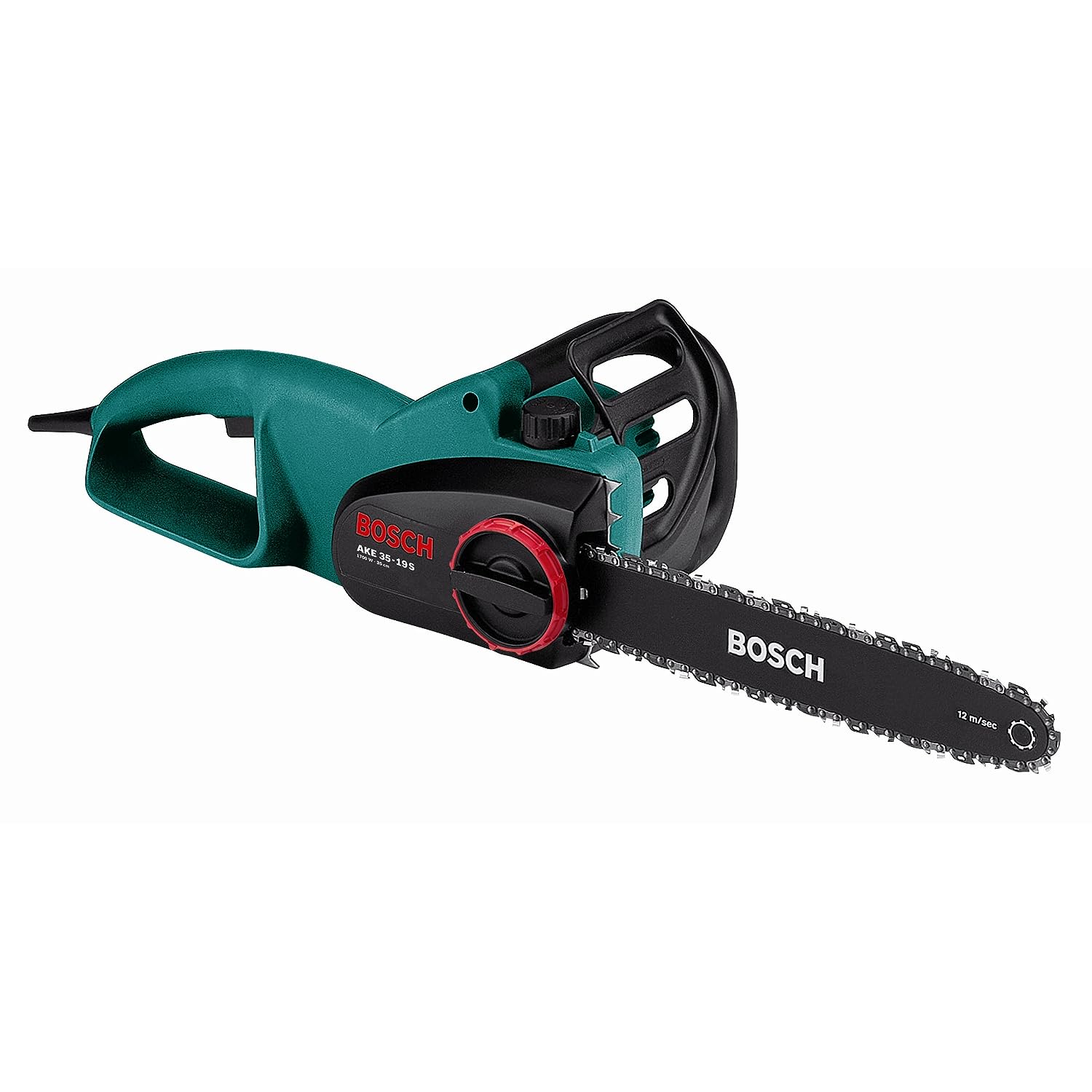 So I got my very first chainsaw last week, courtesy of Amazon - and BTW aren't Amazon just awesome? I never shop anywhere else. I'd buy milk from them if they sold it. I bought an alarm clock from them in April that tells you the temperature outside using a remote sensor, and projects it along with the time, onto the bedroom ceiling - I mean how cool is that? Everyone should have one. It's amazing to wake up at 3am and know that its 8 degrees centigrade out in the garden,  I don't know how I lived 50 years without having this information to hand. Anyway it broke down. It started telling me that it was --.- centigrade which was less than helpful. I emailed Amazon, they sent me a new one - just like that - fecking marvellous service! Anyway, back to the chainsaw.

Having taken delivery (next day, no charge!) of the chainsaw, and spent an hour fitting the chain VERY CAREFULLY (I mean you DON'T want the little sod coming loose now do you?) I spent a few minutes deciding what to saw first. Logs were available but they seemed a bit , well, tame. So I decided to eradicate the yew tree behind the shed.

I don't know about you, but I hate conifers! OK OK , the yew isn't as bad as those fecking huge Leylandii bastards, but it's still coniferous and not, in my opinion, to be trusted.  So brandishing my new saw, with a wild gleam in my eye, I attacked the little bugger with gusto (and the chainsaw).

It was no contest. The phrase 'hot knife through butter' springs to mind. It was all over in 10 minutes. Chainsaw wielding maniacs 1,  Evil evergreens nil! Mwuhahahaha!

Once the red mist had subsided I realised that fun as it was, chopping down trees would have only limited long term prospects as eventually I would be left with a garden full of stumps. So maybe now was the time to turn to the logs. Hmm, problem - Trees, even conifers, stand proud and relatively upright. Logs just lie there on the ground and sulk. To cut them up into little pieces you really need to put them up on a sawhorse, but I didn't have one.

Solution - Make a sawhorse out of some smaller logs using the chainsaw and then use it to cut up some bigger logs - genius! Now I was inspired. I was like primitive man carving out his niche in the wilderness, only with power tools, eye protection and gardening gloves.

So I collected some slimmish branches and cut them to usable lengths. Here they are piled up against a tree stump.: Actually just cutting them up was quite satisfying, but the fun was just beginning!

Now I cut joints into each one at carefully chosen positions and then assembled them into this: It only took a couple of hours. In fact it was somewhat easier than assembling Ikea furniture, with less cursing at fiddly little allen keys and stupid bloody incomprehensible pictorial instructions.

BTW the big log on the top is not part of the sawhorse, it is waiting, patiently, to be cut up.

At this point inspiration overwhelmed me. If I was going to cut up logs, I'd need somewhere to store them , somewhere like a LOG STORE!!  There was no stopping me now! I didn't want to just BUY anything, (not even from Amazon!) I was going to make it all using just stuff I had lying around!

I slept well that night, and dreamed of settlers and pioneers, the lyrics of Dire Straits 'Telegraph Road' running through my head.

Next day I assembled an old pallet, a couple of wooden gates, some spare fence posts, and some slates left over from when we had our roof done, and built this: Fantastic! I'd built my winter log store, I was a true self sufficient man of the wilderness! I could feel my cheeks tanning and legs bowing. Now I just needed to fill it with chopped logs and then, er, oh, erm, Problem.

I hadn't at this point thought beyond chopping up the logs. I didn't actually have a use for them.

Easily solved though, for only about four grand we could rip out  the gas fire in the lounge, tear out the old fireplace, fit a steel liner to the chimney, install a new fireplace, and buy a WOOD BURNING STOVE!! Brilliant! - Problem solved.

And in about 150 years the savings on gas would just about pay for it- Yay!

I wonder if Amazon do wood burning stoves?

Silly question, of course they do :-) 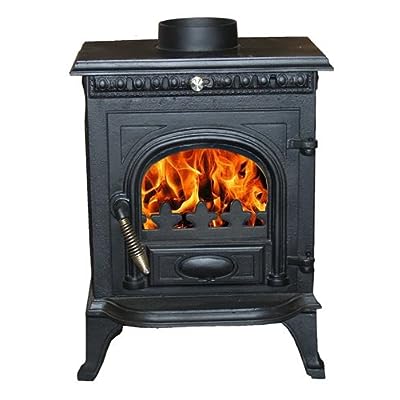